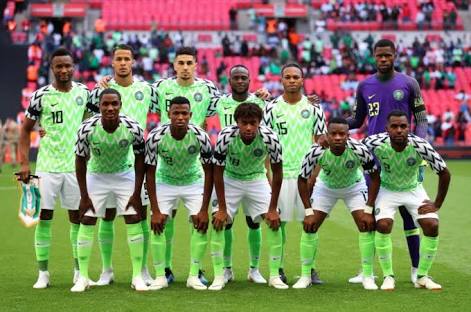 After the Super Eagles of Nigeria lost 2 – 1 to England in a friendly match at the Wembley Stadium in London ahead of the 2018 FIFA world cup, coach Gernot Rohr has said the team still has alot of work to do before the tournament begins in two weeks as he releases his final 23 man squad.

In his words, ‘this game shows we still have a lot of work to do to be ready for the World Cup. We have to make the best use of the 2 weeks left before our first game in Russia. It’s time to focus..no distractions’.

Having already trimmed down the provisional squad to 25 before the England friendly, Rohr was left with the decision of dropping two players from the roster. The duo of Ola Aina and Mikel Agu were the two players dropped from the initial 25 players while Simeon Nwankwo made the final list.

Also included are the trio of Tyronne Ebuehi, Chidozie Awaziem and Bryan Idowu. Super Eagles will play their last warm-up game on Wednesday against the Czech Republic in Austria before travelling to Russia.

Their opening game at the world cup is against Croatia on Saturday, June 16.