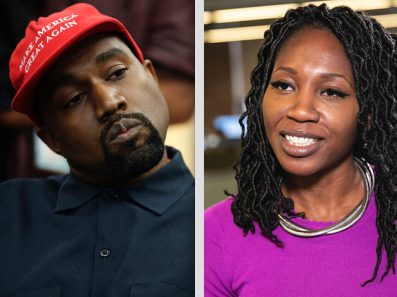 A Chicago based Nigerian-American politician Amara Enyia who is running for the mayoral office of Chicago has reportedly received a donation of $73,000 (26.2M Naira) from Chicago born rapper Kanye West so she could pay off fines from the Illinois State Board of Elections.

The Chicago Tribune reports that the donation matches the exact amount of money that Enyia owed the board following her brief run for mayor in 2015. She never closed her campaign account after dropping the bid and was slapped with fines for not filing quarterly campaign finance reports required by law.

The progressive candidate had until December 20 to pay the fine in order to get on the Chicago mayoral ballot for next year.

“The Amara Enyia campaign thanks Chicago native, Kanye West, for his generous action. Amara’s campaign is energizing people around the city with bold ideas and solutions that move Chicago forward. We are excited to engage people of all walks of life as we focus our efforts on getting on the ballot” the statement read.

Enyia started as a journalist and has since earned a master’s degree in education, a law degree and a doctorate in education policy, according to her website. She currently serves as the director of the Austin Chamber of Commerce.